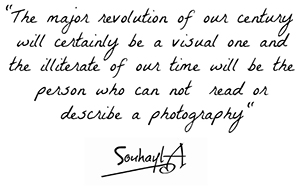 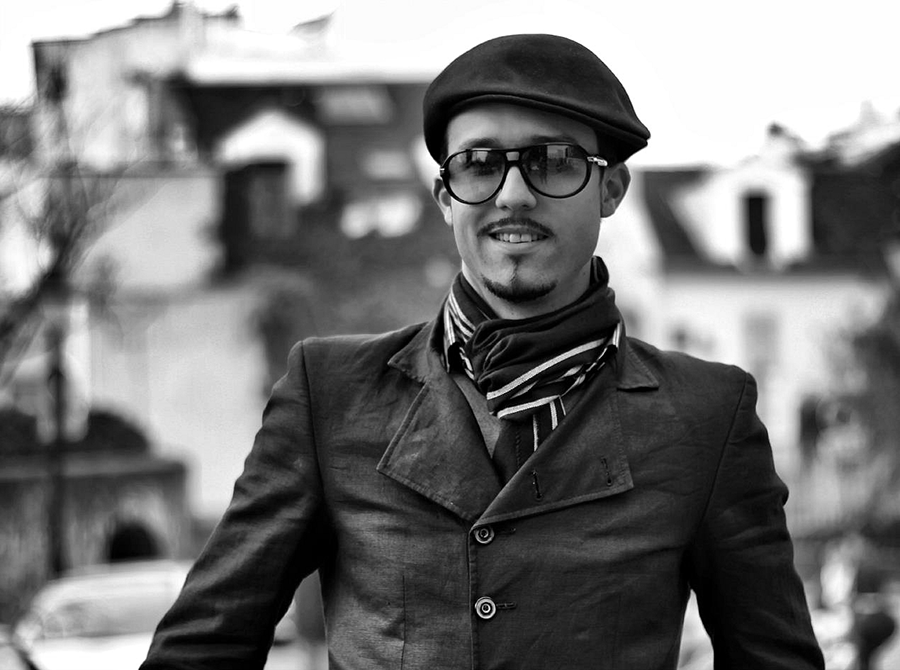 Souhayl A is an influential artist-photographer living and working the main part of the year in Paris France. His specialty is Storytelling by Art-documentary and Streetphotography. Ranked by Fotoslovo magazine among the 10 most influential street photographers right now : N°4. His work has been rewarded and been exhibited internationally in many countries around the world. He regularly delivers workshops in Paris, France, teaching the art of street photography. He is the Founder of BnW Photo Awards and Paris Street Photography Awards, a world-famous photo contest that promotes every year new emerging talents in the discipline of Street Photography. He is also co-founder of the festival « Selma Photo Nights » in the US and the Art Director of Les Nuits Photo de Pierrevert, one of the most important Photo Festivals in France. Souhayl collaborates often with magazines dedicated to photography by shooting covers and publishing articles and he regularly appears on prestigious jury lists of many photographic events.

After starting out as a street photographer capturing absurd and sensitive situations with an iPhone, he quickly pushed his street photography projects deeper often adopting a post-documentary point of view or breaking the codes of the classic reportage narration. During the past ten years he documented extensively streets of Paris, focusing especially on the working-class neighborhoods of north of the capital.

By its recognizable style via its geometric framing, the aesthetics of its composition which is marked by a certain "poetic realism", his empathy towards the people he photographs, he is about to succeed in the challenge of resurrecting the French humanist current of street photography that for a time had been relegated to the books History, with the lost of the last two great representatives of this movement Henri Cartier Bresson (2004) and Willy Ronis (2009).

Today Souhayl pursues personal projects in street photography, but says he is not limited only to this discipline that he continues to use as a gateway to other types of projects that he calls "photographic essays" or "docu-fictions". Often around themes that are his favorites such as the relations between different genders inside closed groups such as the phenomenon of Gangs in large metropolitan cities or the culturally alienating aspects generated by globalized liberal consumer societies :

“There are many stated rules in street photography that everyone tries to follow to the letter since the beginning and until now. But the problem I have today as a photographer who has experienced almost everything in street photography is that these rules, it is not me who wrote them !..For me, apart from photojournalism which should continue to document the accuracy of reality, for other non-committed disciplines including street photography, it is necessary to stop directing and limiting photographic projects with always big text, mediation of experts and other ideological artefacts and privileged more the raw context and pictorial narrations. In an era of postmodernity, the direction of the photographic message should now belong to the viewer of the photograph and not only to the photographer. The elite of street photography should stop preaching Puritanism, only way for set free the field of possibilities, leave a large part to the fiction in new projects coming. The photographer should no longer focus all his energy only on shooting but have a much global vision of things.”

Read all the interview

You are self-taught, how and why did you start photography ?

I spent many years observing others to try to understand their behavior. I learned so long before photography arrives in my life to decode and anticipate certain situations till the point of being able to predict them sometimes in advance. For do that you have to appreciate loneliness and learn how to take advantage of your solitude to transform it into a force. Photography and art in general have arrived in my life from the moment I began to work, earn money and travel. I would say that in my case photography is the last medium of expression I have found, resulting from a slow process of intellectual maturation.

Your work is not considered like totally documentary and it’s not fiction. How you define it ?

True, my photography often adopts a (post) documentary point of view. I often start my author projects, taking in consideration a real situation or some news item. However the documentary side in a project that I'm going to start will only interest me in a relative way. I find that the documentary has developed over time codes and reflexes that have locked the genre in a monolithic vision, which becomes a posterior monotonous. For the rest, the idea of the flirt between reality and fiction does not seem to me in contradiction with the era we are currently living in, where the reality sometimes goes far beyond fiction.

One part of your work concern street photography, what’s your approach of this discipline ?

I practice this discipline almost every day since more than 10 years now. I appreciate particularly the challenging side of getting closer to people without being realy invasive. Looking in the street for "Eye Contact" of people and get from them candid high emotional portraits has become my specialty. For do that, you should know your camera, learn how to read potential photogenic situations and not be afraid to argue with people in order to negotiate your photographs.

So you do not stage your Street photographs ?

Not when I’m practicing street photography, the photographs I select and publish for my project Walking Paris With Love, are never staged, it’s all matter of integrity. For me, it’s much more exciting to challenge yourself to capture real authentic moments even if it takes you long time to get them. If you stage your photographs, people will end up knowing it sooner or later. Then your reputation as a Street photographer will be compromised. Look at what happened to Robert Doisneau with all the legal proceedings he had during his lifetime when he became famous and also how historians and art critics are judging his work now.

Who are your street photographic influences ?

If you are looking for collect my prints, please check my shop gallery or contact me for any other question.